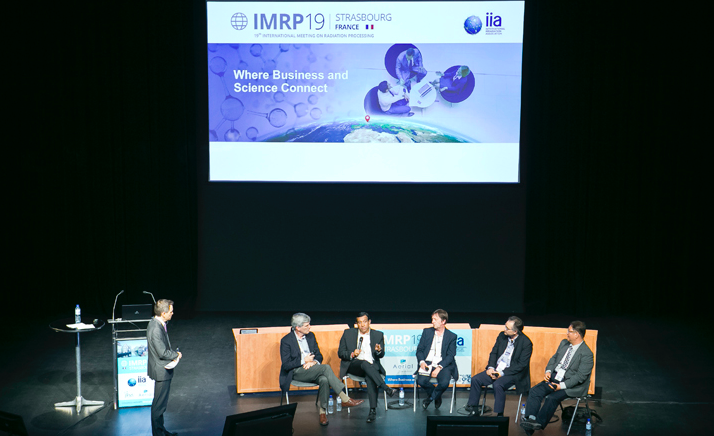 Posted at 00:08h in Uncategorized by admin

At the 19th  International Meeting on Radiation Processing (IMRP), CGNNT demonstrated its latest portfolio of electron accelerators and promoted the use of accelerators for polymer modification, disinfection and sterilization, industrial wastewater treatment, innocuous treatment of antibiotic residues, preservation of agricultural products and increasingly environmental applications.

IMRP is organised by the International Irradiation Association (iia). As the only Chinese director of iiA, Mr Kenneth Hsiao delivered a keynote speech highlighting the Irradiation Landscape in Asia during the opening plenary session. Mr Hsiao gave a comprehensive introduction to the innovative technological capabilities, development status and application prospects of nuclear technology application industries in Asian countries such as China, Japan, Korea and India. He also highlighted the latest scientific research achievements and expanding application of nuclear technology using electron accelerators. 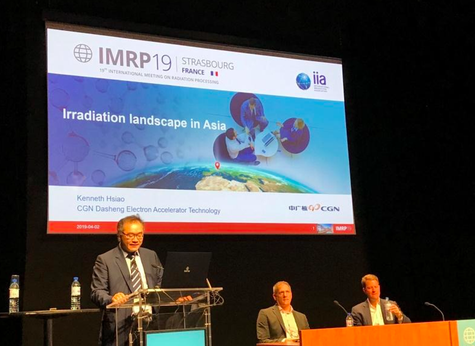 “In recent years, CGNNT has devoted itself to the application, research and availability of accelerators in industry and agriculture. It has continuously facilitated the transfer of scientific research into commercial applications and supported the introduction of high-quality commercial infrastructure.

The IMRP began in 1976 and has a history of more than 40 years and is one of the most important communication platforms in the field of international radiation processing. IMRP 19 attracted more than 500 professionals from 45 countries who exchanged their experiences on innovation and development of irradiation processing technology. 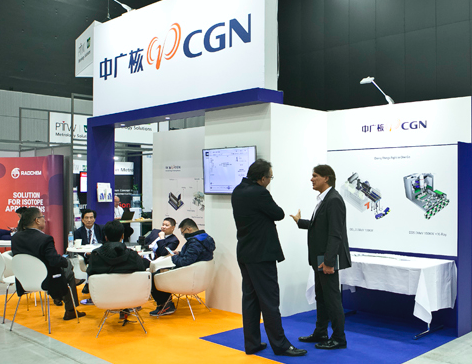